Two months have come and gone since my last post. And why? Busy. Like, BIZZZZZZYYY. Capital everything, oh my gravy what is this new tornado that has become our lives busy.

And why are we so busy? Life choices, mostly. We chose to be a two parent working family, because we choose to continue paying our mortgage and keeping the electricity on. We chose to let our child play soccer so that she could get socialized and learn to B-E Aggressive. Be Be Aggressive. We chose to Be Super Involved in church functions this year so that we wouldn't be one of Those Families who Isn't Involved In Stuff At Church.

And of course, we chose to homeschool. Which we've been doing. So let me catch you up for a minute on what the last couple of months have been for us. 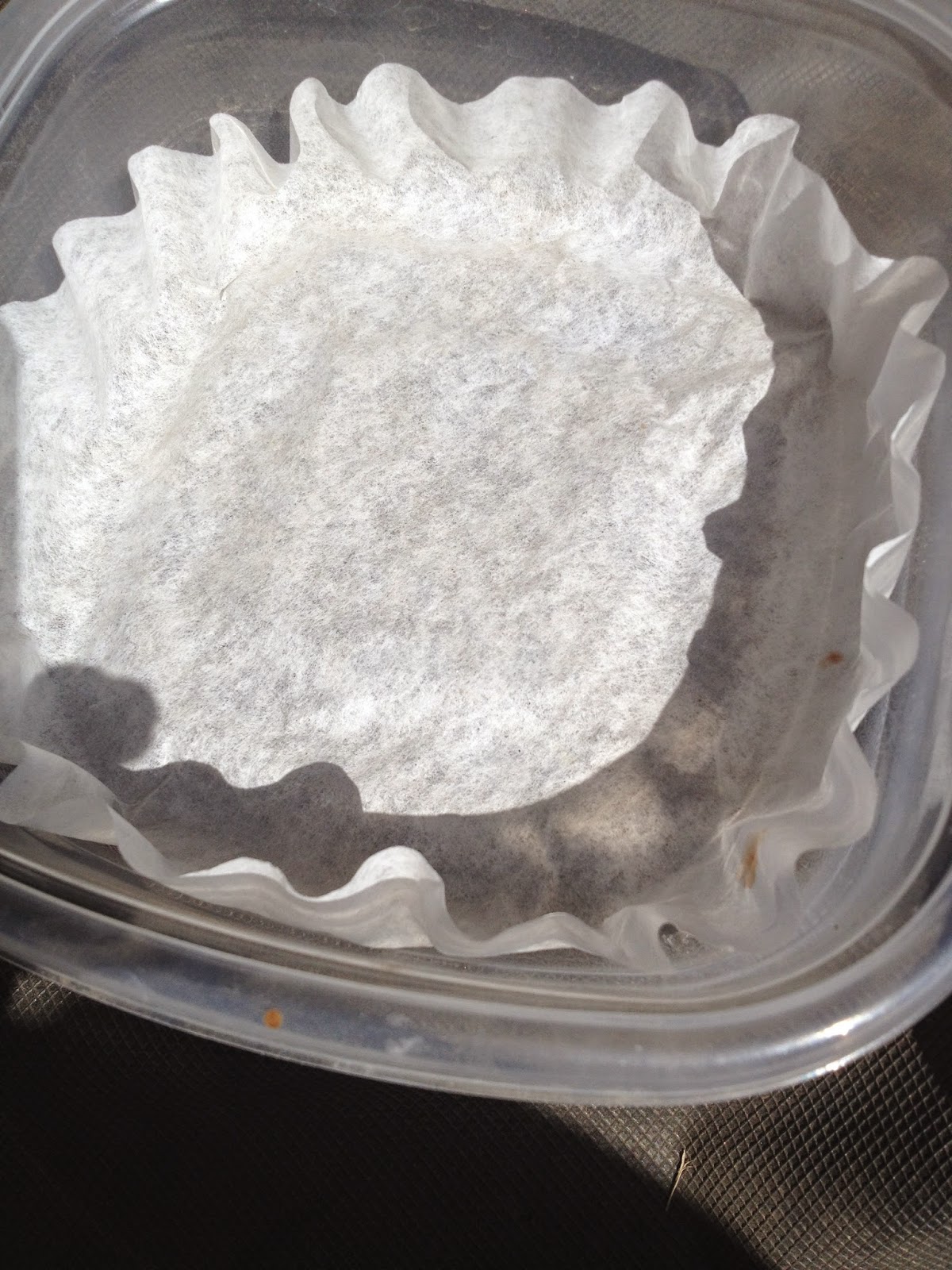 The last time I posted here, I talked about a raisin-making experiment, wherein we placed grapes outside to watch them dehydrate, even though we couldn't eat them because it would be unsanitary. Well apparently the local avian population didn't get the health warning, because before our grapes and fully raisin-ified, those spoil-sport birds ate the whole freaking bowlful.  I have to assume that they're hardcore believers in the public school system and have gone out of their way to sabotage our less conventional approach. Jerks.

But despite God's horrible, pesky creatures, the learning goes on. We made art out of nature: 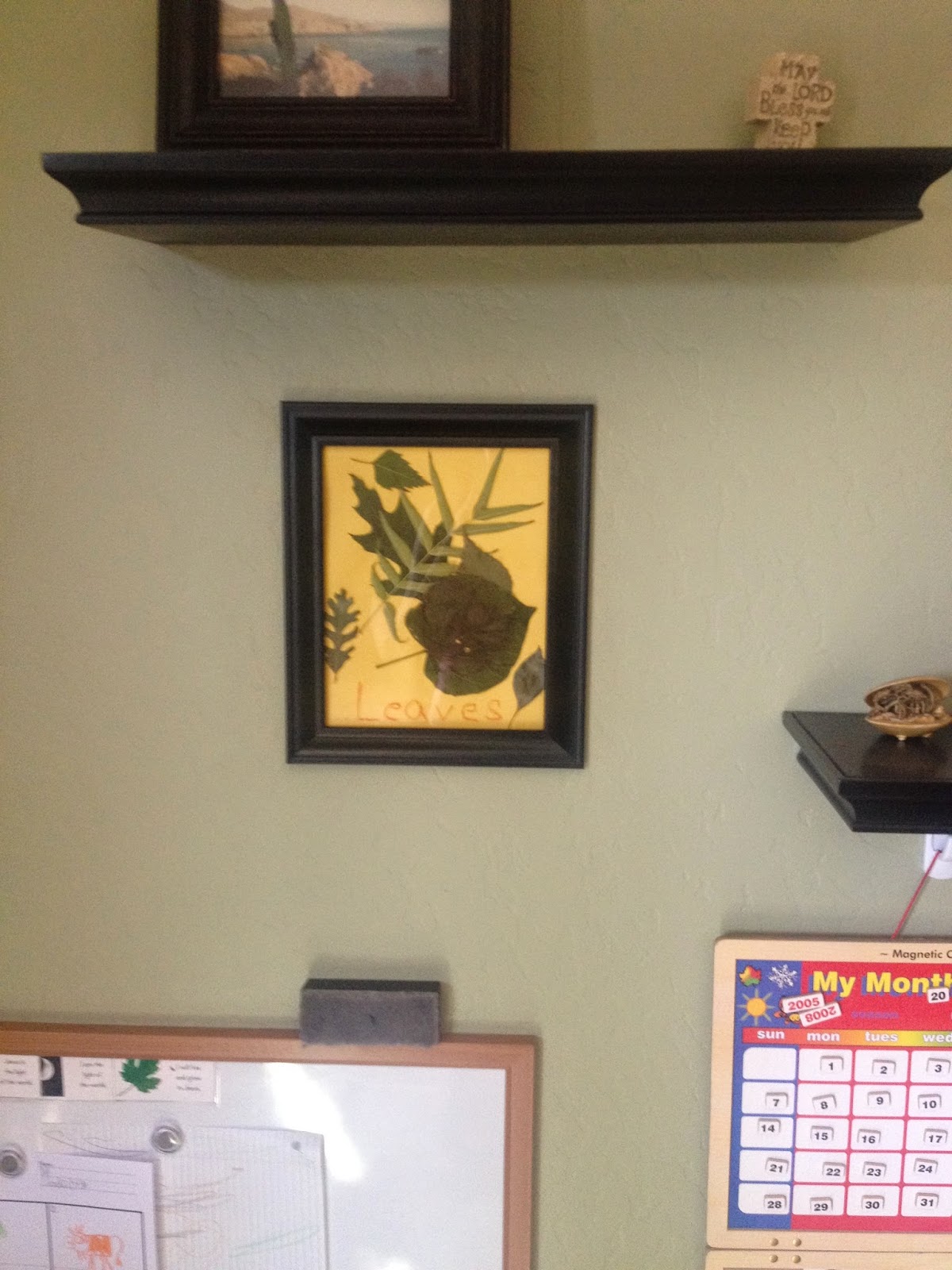 We read stories and colored pictures under a tree: 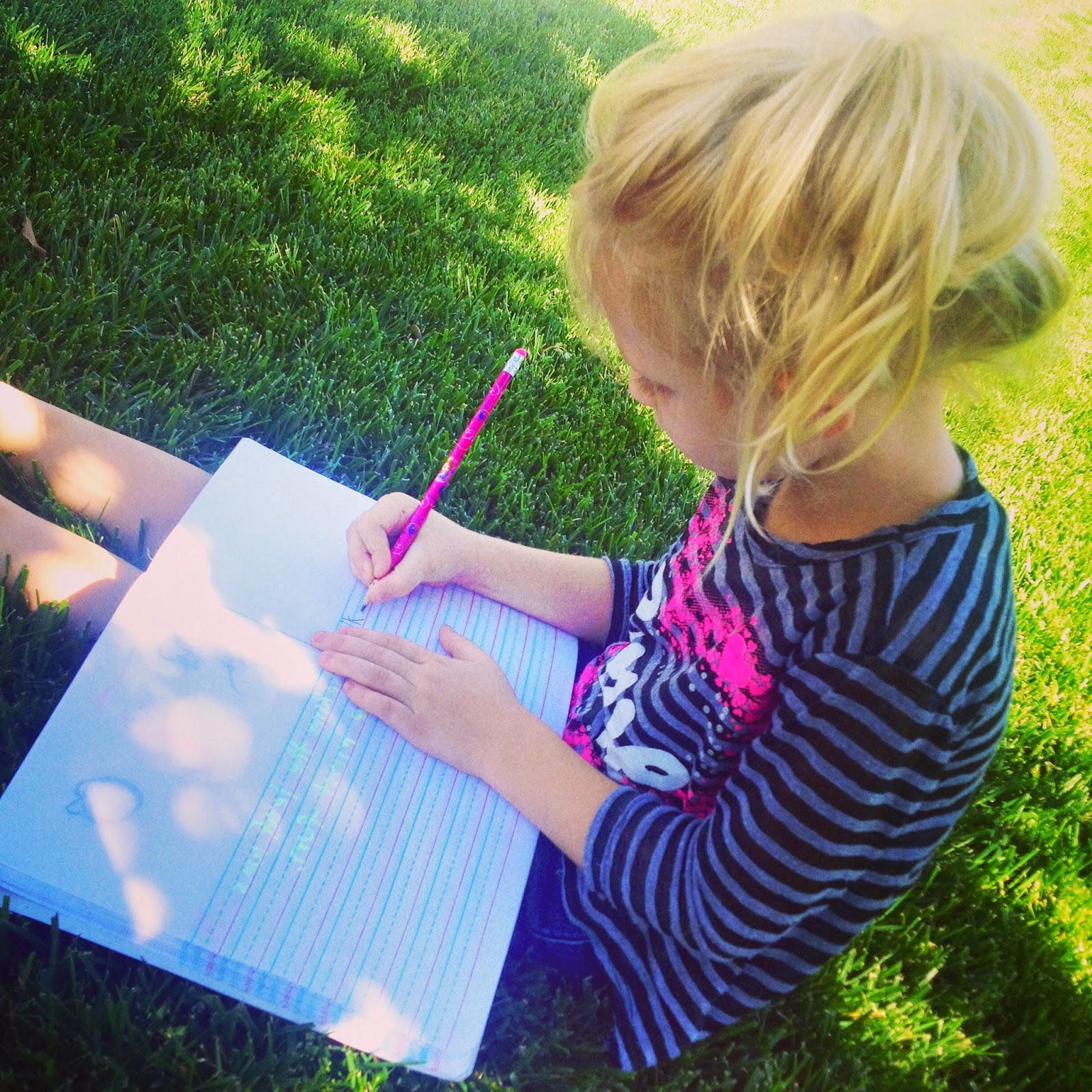 We learned how to grow edible nature. Nature so deliciously edible, mind you, that it never makes it off the patio. But in the case, the pests are kids, not birds: 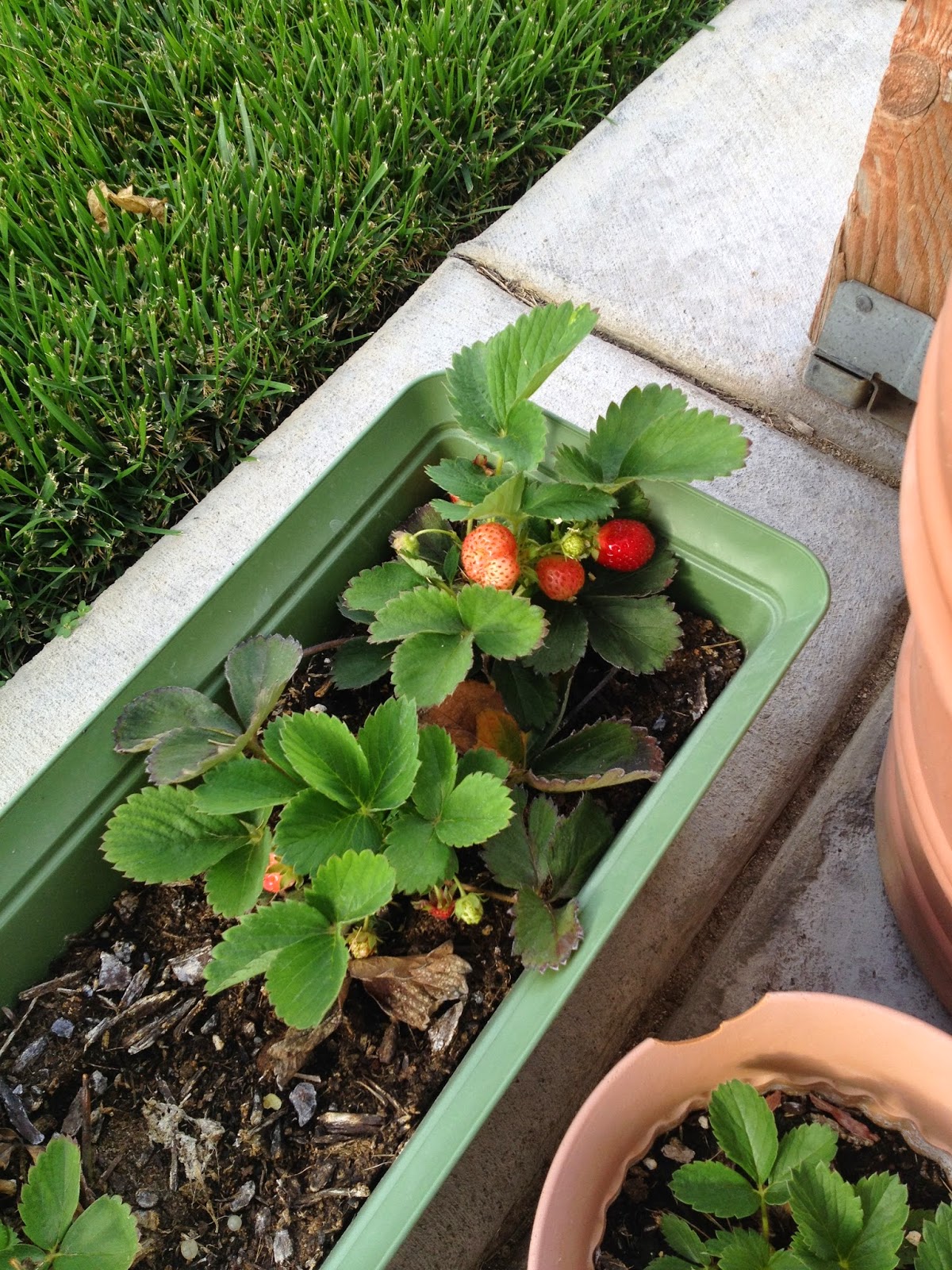 We did things like calendars and math and counting and coloring and worksheet-ing: 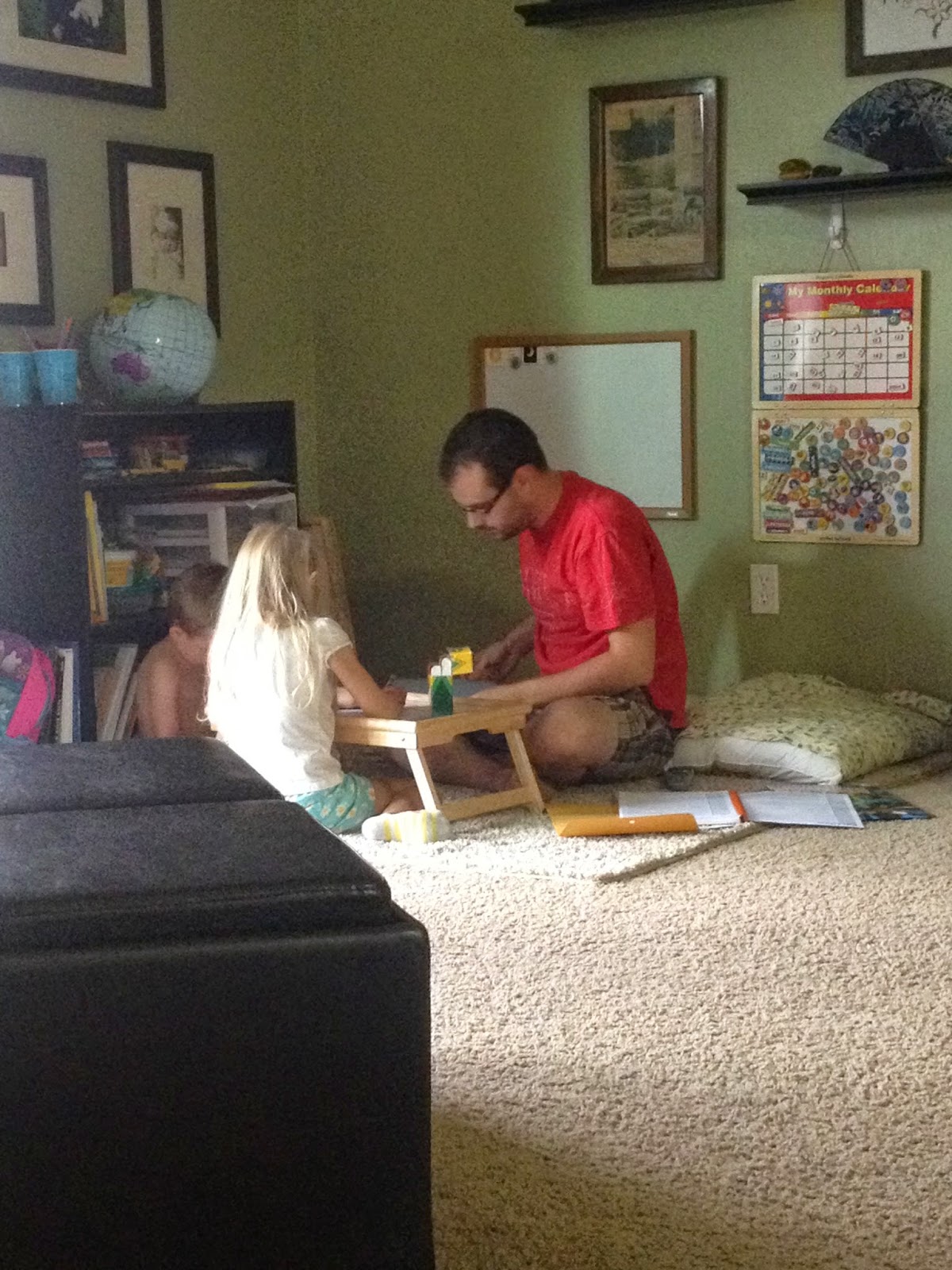 We played games when regular spelling seemed to daunting: 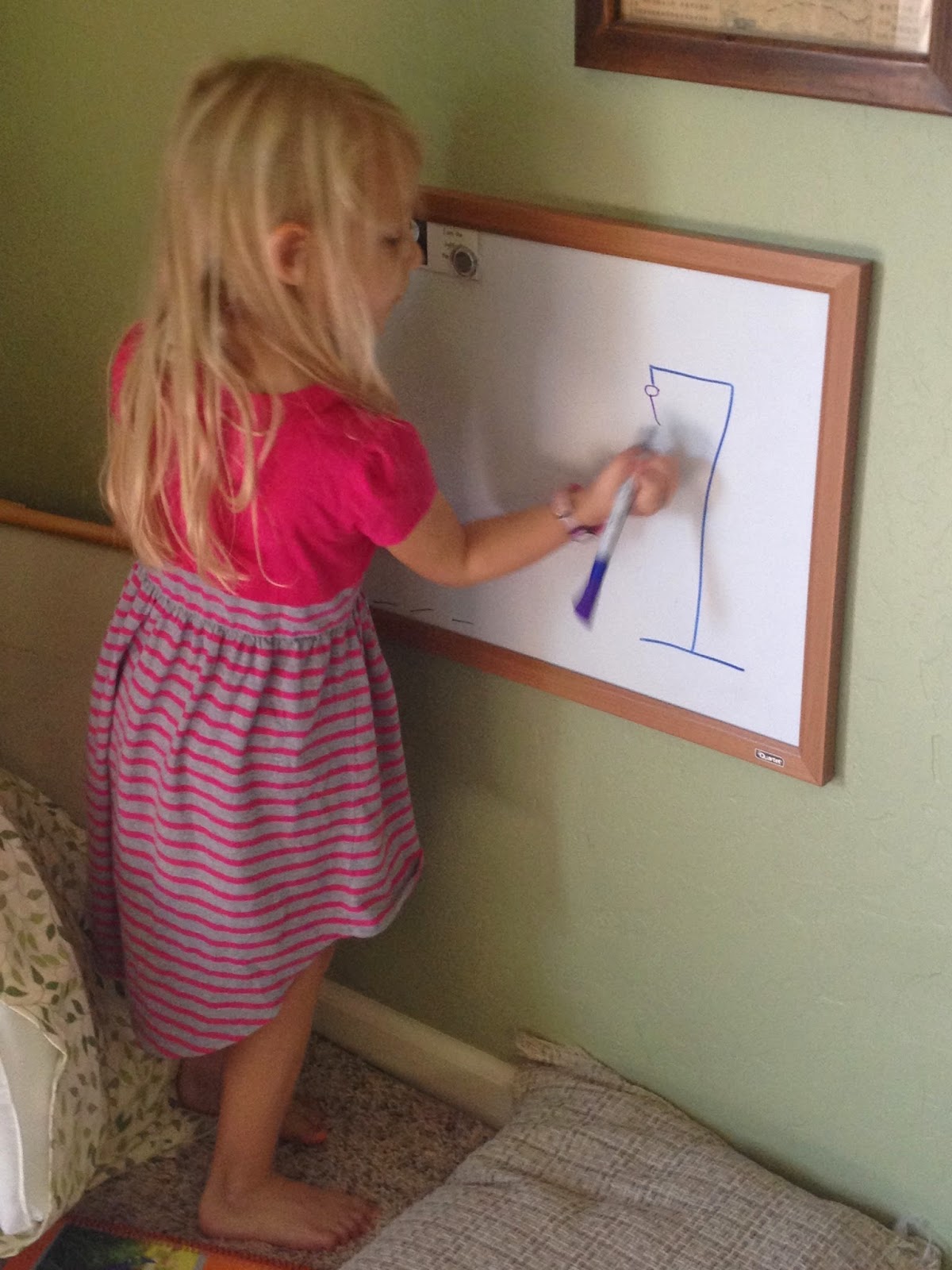 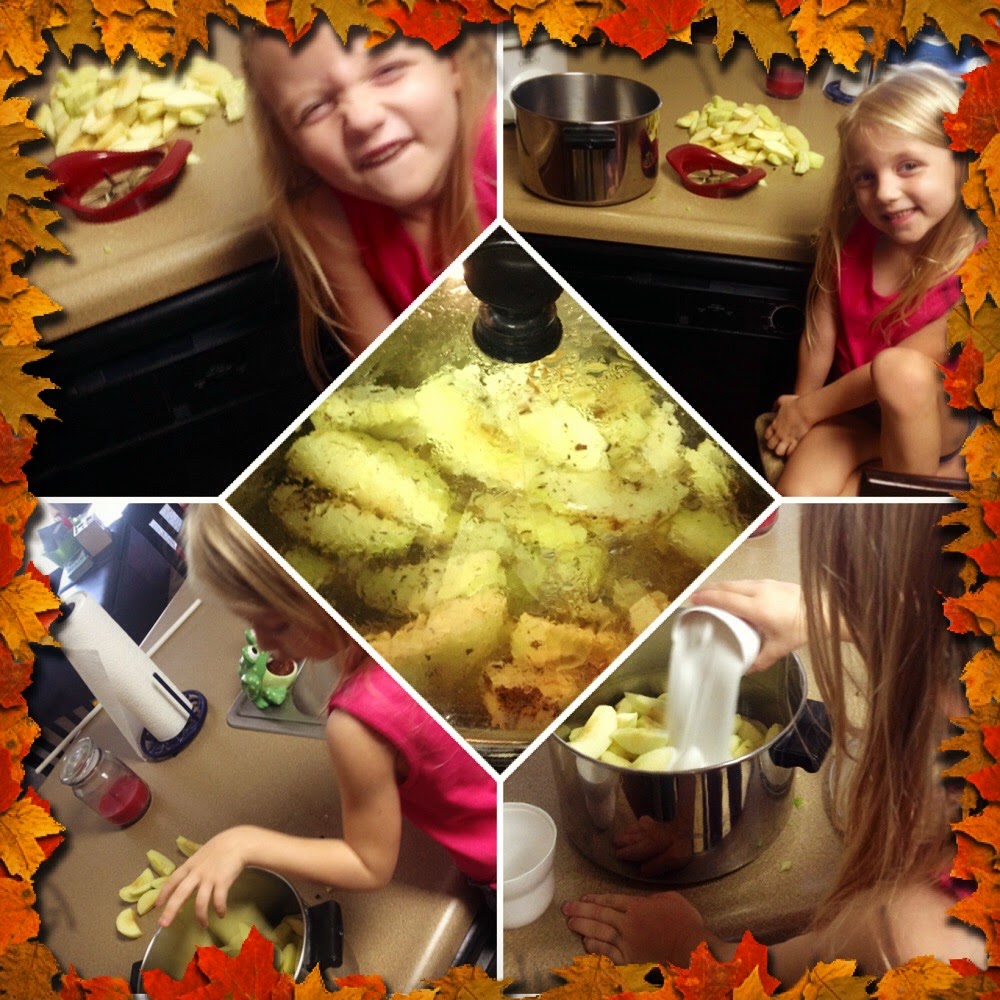 Apparently, we taught the girl to teach her brother: 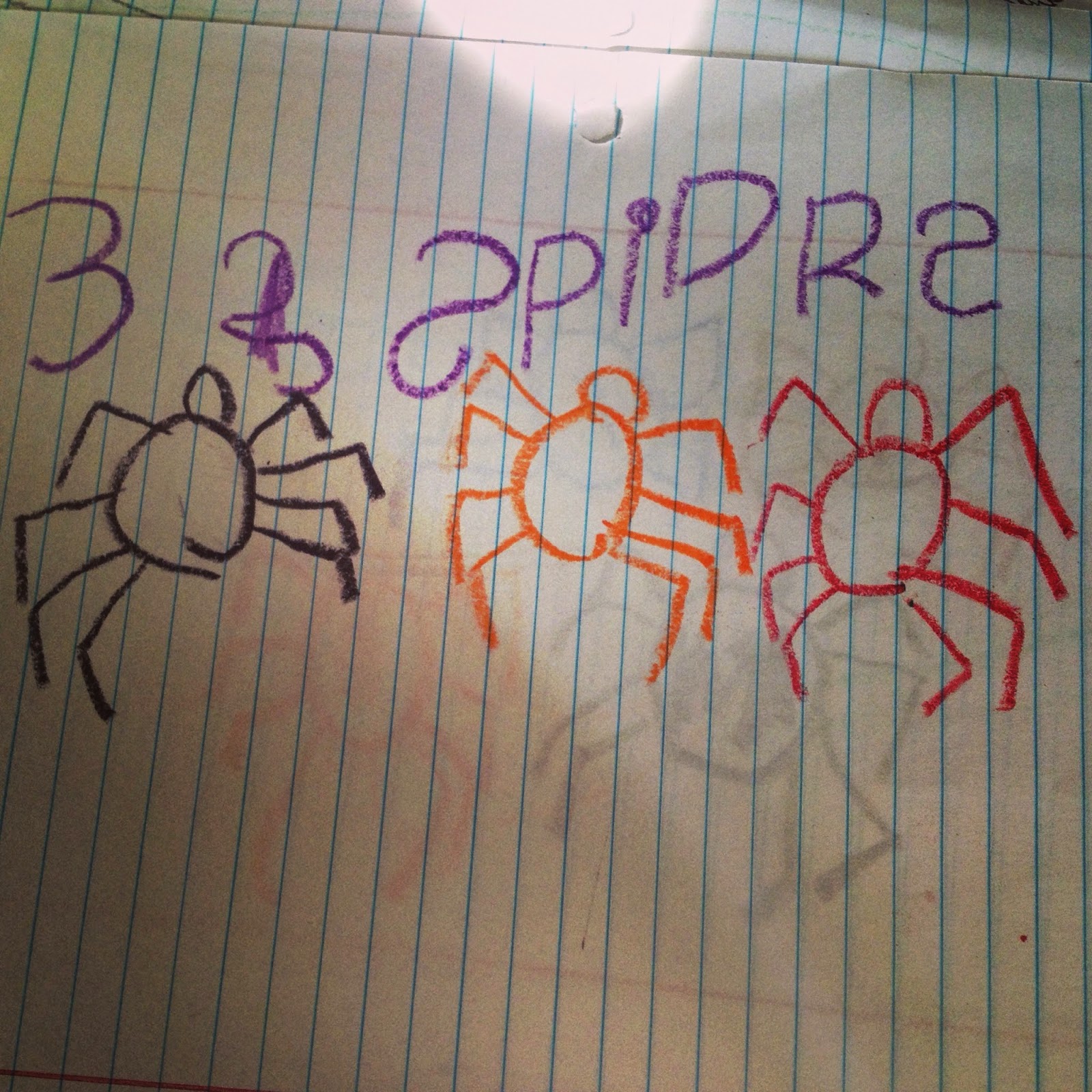 We learned about slimy things: 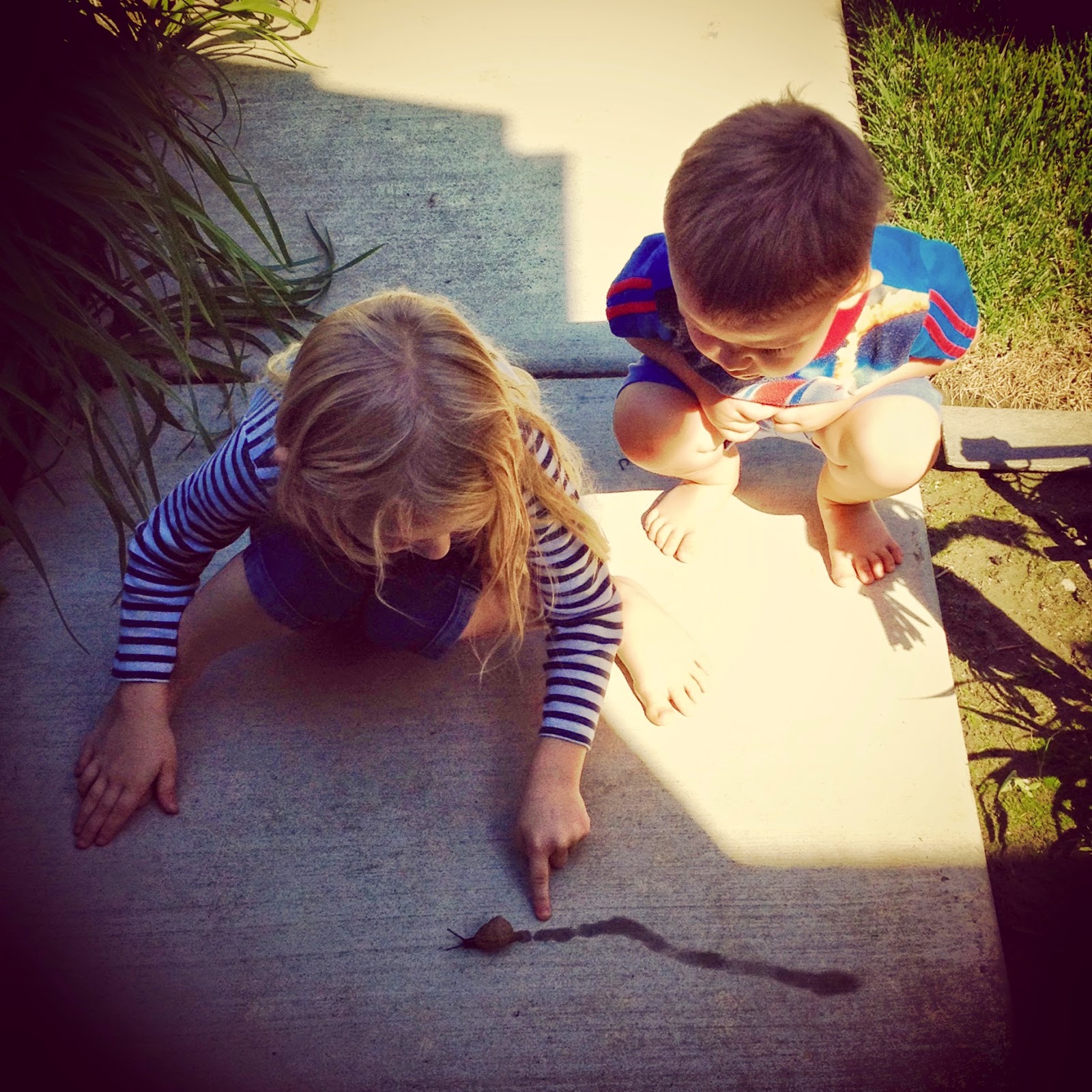 And we've gone to the library, and taken a spaceship to the moon, and memorized poetry, and danced around the living room to classical music. It's been a trip. My daughter went from asking about "real school" all summer, to asking if she could invite friends over to see her school.

And it's been hard some days. Kids get loopy or disobedient or exhausted because we've been doing way WAY too many things this last month or so, and it can get, yes, really dang hard. So we've called a couple of Mental Health Days, or Teacher's Sanity Days, or If I Have To Sit Down With You And Hear You Whine And Complain For One More Minute While I'm Giving Up My Time To Teach You, Someone's Going To Die And It Sure As Heck Isn't Going To Be Me Days. Whatever you'd like to call them. But it hasn't been frequent. Most days, the school part is the fun part for everyone involved.

Which brings us to today. After 2 straight months of radio silence, what made me feel the need to talk to the internets today, you ask? Well, I'll tell you...

Madelyn read her first book today, all by herself. 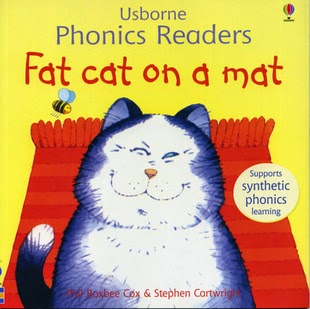 I figure she's probably gotta be some sort of genius. Or I'm just her mother and I don't want to hear how your kid was reading before his third birthday and is now well into mastering ancient Greek, so just shut it.

She made it straight through Fat Cat on a Mat, and so won the reward she's been hoping for: a flashlight, and permission to read in bed after bedtime for a few minutes. Which to her feels like super-grown up freedoms, but to me feels like the worlds most ingenious promotion for reading that has ever been.

That about sums up the last couple of months. Except one side note, is that our 2 year old absolutely thinks having school time is the greatest thing that has ever happened. He's with us through the whole thing, and he's learning stuff faster and earlier than his sister did, because OH MY GOSH IT'S AMAZING. I'm a little worried though, when he goes from "second grade" back to "kindergarten", that he's going to be a little offended by his sudden unwarrented demotion.

Hope you're all doing well. And if I've learned anything this past couple of months, it's this: appreciate your choices because they're yours. Enjoy every stage of life, because even the rough ones have something to offer. And most important: no matter what you think, no matter how full your calendar or your brain, you can always be busier. YOU. CAN ALWAYS. BE BUSIER. So be grateful for every moment you have that isn't already relegated to someone else. They'll probably try to take it soon.

Posted by ~Ashley~ at October 21, 2014
Email ThisBlogThis!Share to TwitterShare to FacebookShare to Pinterest