Kids these days, and what is wrong with them.

In America today, we put a lot of stress on children.  Now I've done some math, and I believe the first and worst perpetrator of this horrible stress is children's clothes. That’s right, children’s clothes. Have you freakin SEEN children’s clothes? THEY ARE THE WORST. Please to observe:

Just in case we were hoping to raise a tiny little narcissist headed straight for the E! network.

Any guesses as to how many of these they made? Because I feel like, "just the one, your kid is a beautiful magical unique snowflake", would be a poor business model. 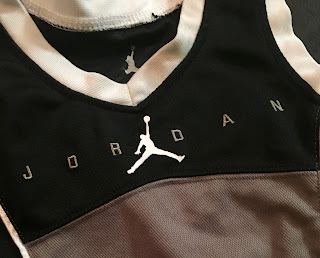 Now sports is very important in boy clothes. My 18 month old son had this shirt, comparing him to, debatably, the greatest basketball player of all time. Back when he was clumsy and chubby and super bad at walking. But yeah. Jordan. Nailed it. 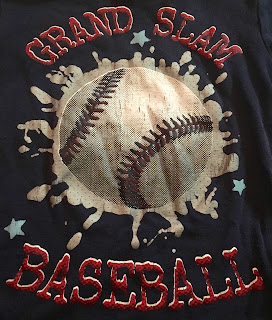 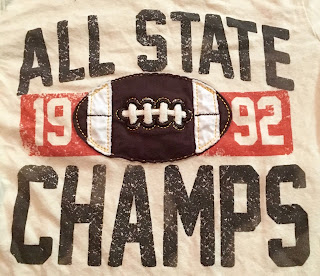 And this. ...Couple of questions. All State Champs? Who? My 3 year old? At... hitting himself in in the face with a football? Because YES. Also, 1992? Because this shirt was manufactured after 2010 and intended for a toddler, so I feel like he probably WASN'T All State Champs in 1992? But that's just based on, like, science, so what do I know.

To sum up Children's Clothes, "all the kids are special and perfect and destined for absolute greatness. No one cleans a toilet. No one drives a school bus." But I'm sitting here, and I seriously can't get past this question: Has any one of you even MET a toddler?? Because the only things my kids excel at are making fart jokes and sticking things in their noses. Oh and if you're curious why there aren't more girls clothes featured here, it's because most girls clothes say things like "Princess" and "Queen Sassy Pants" and "I'm the cutest cutey cute most beautiful thing in the wide world!" and I do not buy those things because I want my daughters to understand that they are only the mediumest cutey cute.

Which brings me to my real point: It's lovely to blame things like television and Target for the utter brokenness of humanity, but occasionally, we have to realize that 3 more fingers are pointing back at us, and blame ourselves, the horrible, terrible, no good, very bad parents. What do we tell kid’s they can be when they grow up? Anything they want to be, of course. So long as they try hard enough and really apply themselves. And go to bed on time. And finish their homework. And like, stop leaving legos all over the living room floor, for the love of Pete. But after that, it's anything you want to be. You is smart. You is kind. You is important.

But then the kids grow up. And inevitably, they don’t turn out to be pro-basketball players, astronauts, movie stars, ballerinas or cowboys. And what then? They are failures. They are failures at everything, including their own dreams.

Now this isn't to say I'm against praising or rewarding or like, loving your kids. Because I'm not, probably. But I think we can all see that maybe the lame pandering we've been throwing at kids for years isn't necessarily the best thing for them. Because no one tells a PRINCESS to serve tacos or scrub toilets. And it's entirely possible that your little endowment of royalty may in fact be asked one day to serve tacos or scrub toilets. Like a common peasant OMG EW.

Now, if you don’t agree with me, you’re wrong, basically, because there is a video on the internet about this same topic** that went Viral, so you know that it is Supreme Truth. I LOVE viral videos. I’ve pretty much been rewritting my whole life based on this video, and that sneezing baby panda.

I'm sure you're all feeling terrified at this point and I want you to know, it is O-KAY. I know you are trying your best. And even though you are probably failing anyway, I have good news for you! Tomorrow, I will be publishing a follow-up piece, with "6 or 11 or 28 Ways to Avoid Letting Your Kid Become a Narcissist". And then you will have all the answers. Just survive till tomorrow. Cuz you probably can't totally ruin your kids between now and then.


*Trademark 2016. Patent Pending. All rights reserved. Not for duplication.
**The video man is named Simon Sinek, and he also said something about this generation's addiction to technology and impatience and I don't know, I noticed the NEXT Youtube video had some cats in it, and there is just nothing better than Youtubes with cats.
Posted by ~Ashley~ at January 04, 2017
Email ThisBlogThis!Share to TwitterShare to FacebookShare to Pinterest