The absolute, definitive, worst part about being a parent.

So I think I'm going to lose some readers here. I think a bunch of you who think I'm funny or that I'm "super real life" or that your lives look a little better in light of my Ultimate Crazy, well... I think you're going to look me in the face today and decide that I am garbage and that I've gone too far and that someone should probably call the authorities.

And it's possible you're right.

Truth be told, I've been wanting to talk about this for a while. But it's so bad, it's so bad that I guess I've been avoiding saying it. Out loud. To someone outside my immediate family.

So here it is: 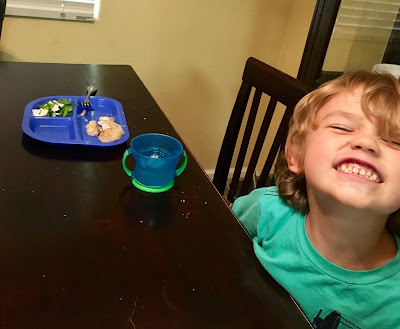 I. Hate. I HATE. Family dinners.

In my defense, we have done family dinners. We had a good few years there, say 2011 through 2015 that, every night possible, we sat down around the table and ate a quality dinner together. And then... life happened. Work increased. Sports increased. We adopted a child who would rather spend all morning vomiting than take a single bite of anything I had prepared. And I just absolutely lost my will to Dinner.

Also in my defense: what exactly is family dinner? It's a time where all 6 members of my family shove into a small room, and all of the following happen: 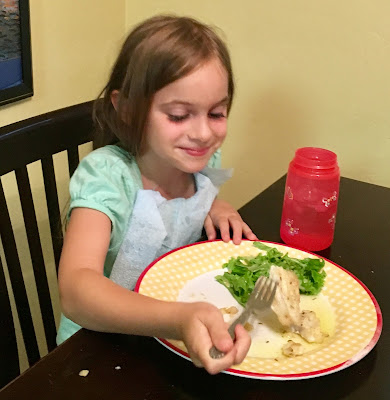 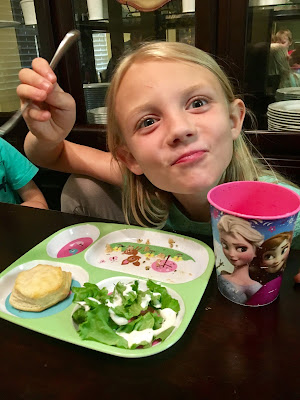 And keep in mind, I really don't like to cook. It's never been fun to me, it's been something that I do because one SHOULD do, the same as laundry and dishes and scooping feces out of the cat's box.

I show up, having worked hard to do something I SHOULD do but that I HATE to do and then I am treated to steps 1-13 on repeat. So go ahead and stop being so shocked and offended that I don't like family dinner time. I get that other people are stronger and other people are better, but dude, I just can't do it.

Now:
IN DEFENSE OF FAMILY DINNERS:
I get it. It's time to reconnect. Time for a family to spend bonding, looking at each other, spend non-work time together, just being. Food has always been a social activity, since the beginning of time, basically. We pray together. We talk about our lives. On better nights, we laugh together and even, for quick little moments, enjoy each other.

But forget my little family. ACTUAL STUDIES SHOW that kids look back at family dinner as this incredibly important and special part of childhood. It's the thing many kids look back on the most. Family dinners are important, and any good hearted parent would make sure that crap gets done. I mean, think of the children!

IN DEFENSE OF THE REST OF US: 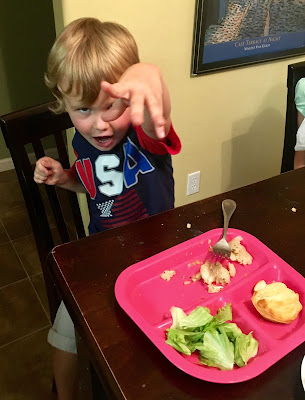 I know that my mom feels guilty about the fact that we didn't "do" family dinners when I was a kid. She was working and going to school, and life was chaotic. We didn't do family dinners. I don't personally feel harmed by this. But those times around the table were special parts of her own childhood, and even though her kids are currently in their thirties with spouses and children of their own, she still feels guilty that she didn't provide this for us.

But I'm gonna stop for a moment.

And I'm going to ask a question.

And that question is: WHAT. IS THE FREAKIN. BIG. DEAL.

Sorry, questions should have a question mark. WHAT IS THE FREAKIN BIG DEAL? There ya go.

So when my feelings jump up and say I CAN'T HANDLE SITTING AT THE TABLE WITH YOU AFTER DEALING WITH YOUR WHINEY BUTT FOR THE LAST 11 HOURS, I understand that you may think I'm deranged. That you may look at family dinners as this special time of finally reconnecting, but for me, some days, the pain of it isn't worth the special. Sometimes, the stress of being repeatedly told by your beloved offspring that your food is terrible and that they are unhappy with everything about you is just UUUUUUUUGGGGGGGHHHHH not fracking worth it. 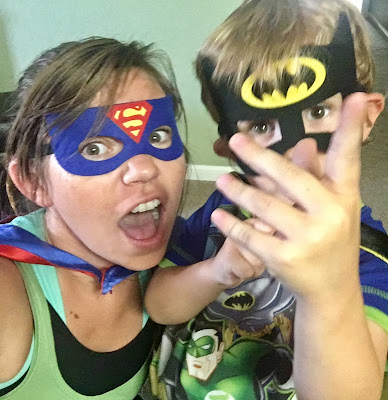 Now pause. I do play with my children. I tease them and joke with them and teach them and tickle them and set aside whatever I'm doing a hundred times a day to be there and to be present for my kids. I freakin' LOVE my kids. I just sometimes really hate eating at the table with them. That's all.

I'm not saying you should stop having dinners with your kids. Heck, I'm not saying I should stop having family dinners with my kids. In fact, we're trying to push them again, any time we have the opportunities. Even if it's one night a week, we're trying. Because probably, it's still important. Probably, the mess and the noise and the terribly stupid jokes may be torture to me, but beautiful and special memories for them.

And no, I'm not letting myself off here. I'm not particularly proud of who I am or how I feel. But at the same time, I'm not quite ready to condemn myself either. No, I'm not June Cleaver. Not even on my best days. I've always been a good deal more Rosanne Conner***. But the truth is, both of those women loved their families. In their own ways, in their own weaknesses, with their own strengths, to the best of their own abilities, they truly and deeply love their families.

And, deep breath, maybe it's time we look at that, and decide it's good enough.

*It is SO WEIRD to me that they think I care.
**This is an actual medical condition I have called Gross Noises Freak Me Out And I May Murder Someone Now, Thanks. We've started a fund. I'm raising awareness.
***Look it up, kids.
Posted by ~Ashley~ at July 15, 2017
Email ThisBlogThis!Share to TwitterShare to FacebookShare to Pinterest