OFFICIAL DECREE FOR EVERYONE TO LISTEN TO AND ABIDE BY: It is the Fall now.

Yep, it's the fall now. I've decided it. Plus the weather is cooling, the days are shortening, it's time for sweaters and boots and scarves and warm drinks. Because it is fall now. 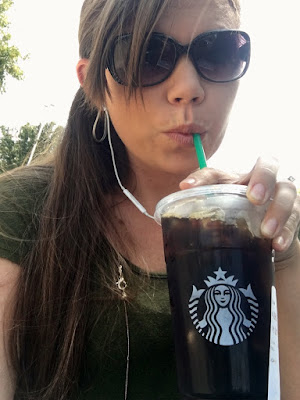 LOL back in real life. Today is August 3st. And here in the armpit of America, it was 105 degrees outside yesterday.* At least, it was 105 degrees at the time when I had scheduled an interview at Starbucks yesterday, then realized that the inside Starbucks was ridiculously packed, but the outside Starbucks, for some strange reason, had only empty tables as far as the eye could see. So that's where I plopped down with my Cold Brew, to wait for the interview to start. NOTE: That kind of heat, plus humidity, or whatever the heck was happening in the horrible out of doors yesterday, well, I can't put it to words. Because I believe we've used up all the outrageous expressions about heat on less outrageous days. Yesterday was like... like... I got out of my car and Satan snuck up and breathed directly into my face. And then he licked me. And then he stayed right there, laughing and breathing and licking for an hour.

So that's I was. Sitting outside, getting licked in the face by Satan. And waiting.

She wasn't late. I was a little early. But fun story? Waiting outside when it "Feels like 109" outside is some of the longest waiting available to the human body. Pretty sure I died for a minute or two there. 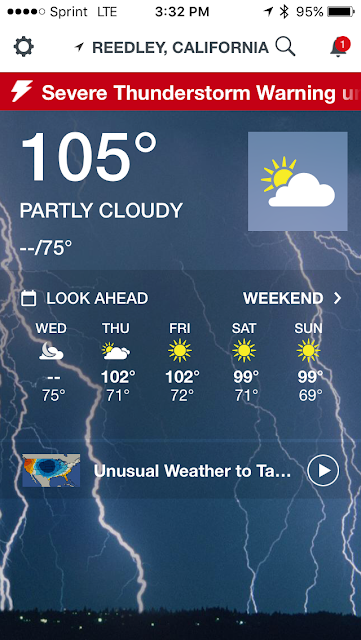 So while I waited, I checked the weather because it was the only thing I could think about anymore, only to find out that I was in IMMINENT DANGER OF A SEVERE THUNDERSTORM OMG HOW SHALL WE SURVIVE. It was positively terrifying. Except of course, that the sky looked like this. 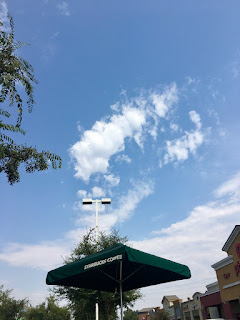 I feel like the good people of Reedley are safe. For now.
Dun dun DUUUN!!

I'm pretty sure I've painted a picture here. You can picture it. It is all kinds of Dantes Inferno level hot. This is where I live. This is my life. But in my brain, the fall is arrived.

I know it's nuts. And I promised myself this year, I really did, that I wouldn't go all bananas and try to start making fall happen when it wasn't ready to happen yet. But here I am, August thirdst, and fully convinced that it's time for #2 pencils and apple picking and  football and pumpkin spice ridiculousness.

Now obviously my subconcious is having a fight with itself. Because my brain is a smart brain and it can understand that the calendar says it's summer and the weather channel says it's the surface of the sun. And ... yeeeeaaaaaah but still. School is starting. Football is starting.** And dream husband is right. Fall is freakin coming, yo.

So I guess what I'm saying here is get it together, calendar and weather. Obviously it's fall time now. No need to keep being a jerk. Go get a Pumpkin Spice Latte and change your dang attitude.


*I do not know what the temperature was today, because I learned my lesson thankyouverymuch, and stayed indoors where it was a comfortable 79 from morning until always.

**Congratulations Cowboys, even if it was utterly inconsequential.
Posted by ~Ashley~ at August 03, 2017
Email ThisBlogThis!Share to TwitterShare to FacebookShare to Pinterest