Twas the Night Before Homeschool...

Well that's it, my friends. Our 3 plus months of summer has finally come to an end. Sayonara summer. Raise a marshmallow and toast with us. 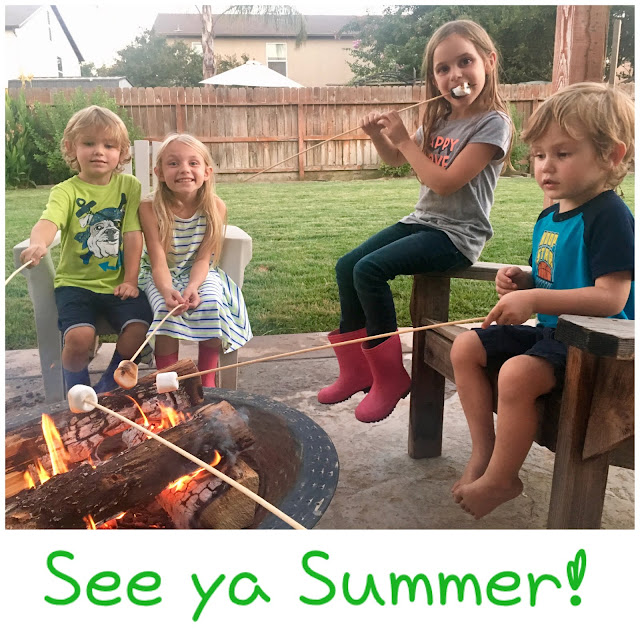 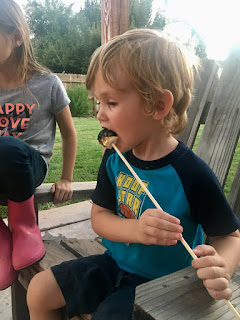 As it turns out, diligent readers of this site will notice that TODAY was actually the S'posed To Be First Day of School. But there was this thing where... complications. Like, we had some friends that wanted to join us for a day trip to the Sequoias, which sounded awesome, so we postponed, then those same friends got some sickness in them, aaaand whatever we just decided to still postpone anyway.

Pretty sure it was the most homeschool-y homeschool thing we've ever done. First day of school? Meh. Fuhgetaboutit. More like, try again tomorrow, amiright? HA.


So we took a One More Day of Summer, and it was needed I think. Because Monday was a super hard, super stressful kick ya in the pants kind of day, and that was not how this summer was gonna go down. Instead today, the kids knocked out a few chores, played some video games, hung out at the neighbors house (which was the exact perfect life solution I needed to get some of my "real" work done, thank you so much neighbor friends). And we had tumbling class. Hung out at McDonald's for a soda. And we stayed up a little too late to eat marshmallows in the back yard. It was good. It was a fabulous little send off. 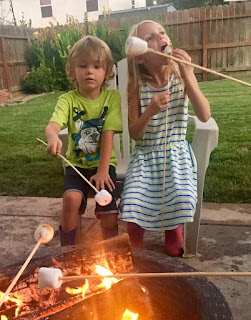 And tomorrow, it's Game Time. But guys, for honesty's sake, my head is a little bit spinning. Ya see, I had this plan for how this upcoming year was going to go. I got the books, and the world's largest day planner, and I've reviewed last years mistakes, and I'm ready to go. My kids are gonna learn this year. Like SUPER learn.

And then last week, we had this 24 hour long stint of refusal and tantrum. Over a 15 minute long reading worksheet. 24 hours of screaming and yelling and sitting on the floor spitting darts from her eyeballs. It was one of those particular kind of rough days that leave me feeling like, well, a failure. Like we're 2 whole years into this adoption story, and somehow we're in the same place we were when we first started. She was broken. I was broken. And I just couldn't imagine starting into another year.

I sought help. I sought advice. And I got advice. I got some stuff I've already tried, some stuff I should try, and some stuff that was just, well, pointlessly rude. But the thing that stood out to me the most was this:
Attachment first.
Academics will come.

So we're starting homeschool again tomorrow. And I'm taking that last bit of advice, so once again, we're playing it by ear. I don't know what the year will look like, but I'm going to do my best to make it safe. And loving. And fun. And occasionally, maybe even academic. And ya know what? I'm still going to try my dangdest to use that giant planner.


Posted by ~Ashley~ at August 15, 2017
Email ThisBlogThis!Share to TwitterShare to FacebookShare to Pinterest