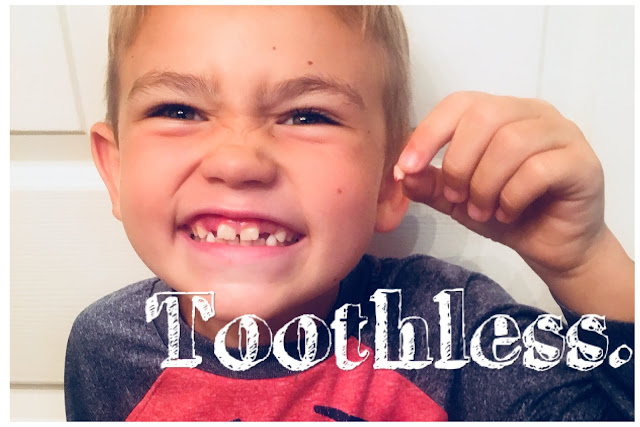 Tonight I have a new grievance to share with you. And that grievance is the Flippity Fracking Tooth Fairy.

Yeah that's right. The Tooth Fairy. She may look innocent enough, what with her gossamer wings and goofy little tutu, you might think she's just a representation of the magic of childhood, but you are WRONG. So super wrong. I have a point. And it's a good one. So I'll get right to it.

5 reasons I despise the Tooth Fairy:

1- She gets credit for stealing my money.
As a reminder, in case you forgot (you didn't obviously, but indulge me THANK YOU), I am a working and homeschooling mom of 4. We just, just got out of my student loan debt. The kids' father and I work hard, I swears it. But despite all our hard work, staggering intelligence and stunning good looks, when you factor in those 4 kids, the government still considers us, how do I put this? Economically Challenged. We are "California Poor", as it were.

And still, knowing this, (because all fairies know all the things that's just basic fairy science) this tiny chick just shows up out of nowhere to steal my kids' body parts*, and then gives them my money. What even is that? It's a tiny, creepy, body-snatching, thieving Weirdo, that's what. And that's not cute, no matter how many layers of tulle she wears while she does it.

2- She also gets credit for stealing the kids' money.
So, on top of being a tiny, creepy, body-snatching, thieving Weirdo, it turns out the Tooth Fairy isn't terribly adept at using cash in her day-to-day life. In fact, she's gotten so reliant on the Debit Card,  that if she ever happens to have a dollar on her, it's somewhere between an accident and a miracle. She's always broke. ALWAYS. Which means she's absolutely garbage at like, the one thing she's ever been asked to do.

It also means she's fallen to some pretty low-lows. Lows, for example, like stealing money from the children, just to give it right back to them. And the stupid kids** just cheer about it. Yay! A dollar moved from my piggy bank into my tooth pillow! Like as if it were a miracle!

3- She's pretty lazy about showing up on time.

Ya see, as it turns out, the tooth fairy is a fan of Maximum Chill. She works hard all day (liar) and really enjoys those hours when the kids are asleep and she can kick back on the couch and binge watch some Netflix. And during our Maximum Chill hours, she maybe forgets all about the poor dumb children and their poor dumb teeth, and then we get to spend the next morning deciphering What Is Going On With The Tooth Fairy, because their has to be a good reason that crazy flake didn't show, and then she's so exhausted from the conversation that she forgets to come again the next night. Tooth Fairy needs to get her act together I swear.

4- She's cheap with my kids.
As a kid, I remember getting my crisp one-dollar bill after losing a tooth. I also remember that my childhood best friend got a My Little Pony toy when she lost hers. WOW. Now I was neither very old nor very intelligent, but I knew enough to know that you couldn't buy a My Little Pony toy for a crisp dollar. I knew just enough to know that I was getting shafted.

To make matters worse, almost 30 years later, my kids are still getting a crisp one-dollar bill when they've lost a tooth. Which means in 30 years, with an average annual inflation of 4%, this cheap broad hasn't increased her rate by one red cent. I can only hope my poor sad homeschool kids aren't in regular communication with kids who are getting more out of that stupid fairy. Win one for poor socialization!

5- Lastly, she's making my kids look stupid.
Honestly, the Tooth Fairy is relatively lazy about concealing her identity. She barely shows up at all, gives them close to nothing, and makes random leading comments around the house vis a vis Mrs. Featherbottom, and still. They aren't even close to figuring things out.

Our oldest child is closing in on 9 years old. And I want to say she's smart... I want to say it, but that doesn't necessarily make it true. Take this week, for example. Now, our kids have lost a collective 3 teeth in the last 6 days, so the tooth fairy has been a topic of conversation again. And apparently, the 8 year old has been thinking about it a LOT lately. And she's been theorizing. I heard her share a theory she's hatched with her siblings.

Yeeeeep. So that's where we are. Being dumb. Spending all our money on teeth. And that, in short, is why I hate the Tooth Fairy.


Subnote: Apparently, you can keep your kids' baby teeth to use for stem cells to cure actual diseases. Which is something I learned while writing this post, inconveniently a few short months after I looked into my jewelry box and decided the child-tooth collection I was developed creeped the heck out of me. At which I threw away all of their baby teeth, as well as, apparently, their chance at a healthy disease-free future.

Posted by ~Ashley~ at July 13, 2018
Email ThisBlogThis!Share to TwitterShare to FacebookShare to Pinterest