The best day ever. Plus, back to school! 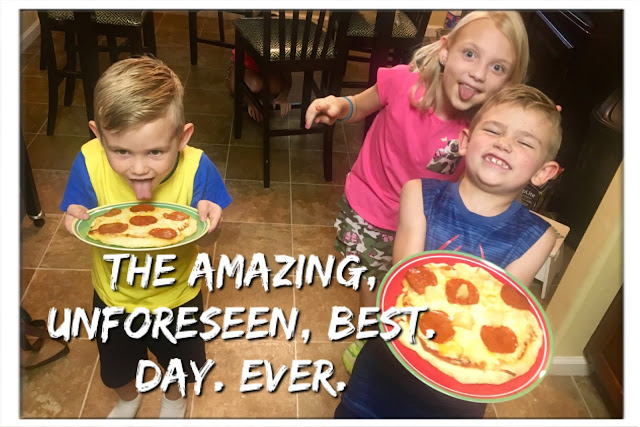 Well alright that's a lie. Today, at this particular moment, I am half conscious and slumped on the couch, every fiber of my being aching with exhaustion. Mostly this is because my kids were so stupid excited about starting school today that I woke up to the sound of them talking. In the living room. In the dark. At 4:30am.

Part of me knows I should be grateful that my kids are so excited that they feel the need to wake up before the sun just because we're starting homeschool today*, and I am, I definitely am. But the thing is, I'm not grateful for anything at 4:30am. I am Only Grumpy. But my kids are not Only Grumpy. My kids at 4:30am Excited. So my Grumpy self kicks them all back to bed, because good heavens this is not healthy, but turns out they don't want to go to sleep, so instead they make their beds, get dressed and then proceed to "play quietly"** in their rooms until the sun came up. So we got up. Made the coffee. Did the hair. Took the pictures. And made the pancakes. 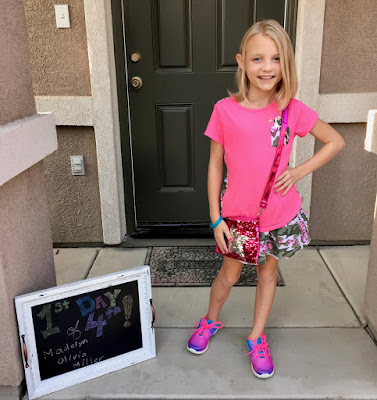 But even for a first day of school, this one was weird. Because on Monday, I found out the my search for a Worthwhile Doctor*** might have gotten some traction, when I got an appointment reminder (for an appointment I hadn't yet been informed of) about our first meeting with New and Highly Recommended Doctor. So there ya go, Homeschool Day 1 Field trip to the doctor it is! 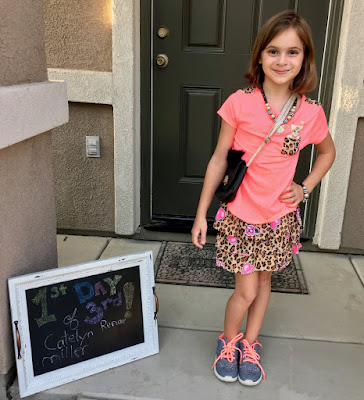 Side note here: Thank you times a million to those of you who walked through this stuff,  who made recommendations and phone calls and helped us get to this point. Your heart for my family has been humbling. I am immeasurably grateful. God gave me you when I needed you.

And although we had a great first day, my soaring has nothing to do with our math lesson or How to Eat Fried Worms. Because I am all about that doctor appointment baby. Because that appointment rocked my friggin world.

A few years ago, I didn't have emotions about doctor's appointments. Or (LIES) if I did, those feelings capped out around having to step on the scale or worrying a doctor would insinuate I had a weight problem****. But really, I didn't have a lot of feelings. And I don't think I realized how many feelings I've developed now. Not until today at least.

I was scared about this appointment. I was tense and anxious. I was mentally preparing myself, steeling myself so that I could confidently and bullishly state what I felt needed to be said. Because I've gotten used to arguing. To being called wrong. I knew I had to be prepped in my head for everything I needed the doctor to hear, because he is going to be busy and he is going to talk over me and I need to go FAST because Medi-Cal doctors don't wait. 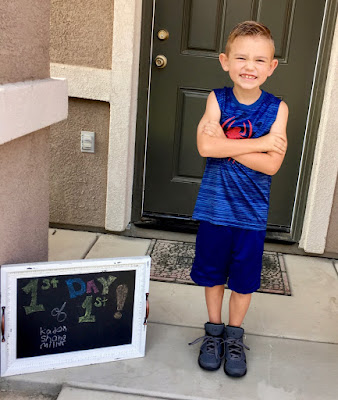 But this guy... he waited. He asked good questions. He listened. He spoke to my daughter first and gave her room to talk so he could get a sense of her. He empathized. And when we'd spoken long enough for him to get a comprehensive look at her, he offered assessments, and referrals, and scheduled a follow up appointment for 3 weeks out. I could have cried. I shook his hand long enough to creep him out and told him thank while staring deeply into his eyes. I wanted to kiss the man on the face.

This doctor, who is already overbooked, who is already only seeing Medi-Cal patients 1 day a week, working out of a small clinic and making less money than he otherwise could, because he actually truly cares about these kids, he put my daughter on his schedule within a week. He stayed into his lunch break to get a comprehensive look at my child. He saw her. He made her a priority. 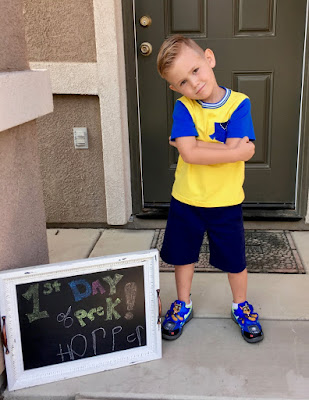 Oh yeah, and to top it off? Technically, before this day, the only person to ever diagnose my daughter with Reactive Attachment Disorder, was me. It was never in her file. Her last therapist thought it wasn't worth mentioning, and no other doctor has seen it. This doctor, on the other hand, saw it immediately, and thinks it is probably the unifying factor in all the symptoms we came in for. So he's referring us to "an excellent specialist in RAD".

Now this: I had an AWESOME day with my kids. They are great, and despite that whole 4am mess, the day was loads of fun. But some days, being told, "you're not crazy, I see this and I'm concerned too, and by the way, this is how I can help," well, some days there's no better feeling in all the world.

*Dorks. Big huge dorks. No other explanation.
**Big Dorks. But not quiet Dorks. Cute that they thought "playing quietly" was within their capacity though.
***Worthwhile, defined as:
- Doesn't immediately decide child abuser.
- Has some basic understanding of children from complicated backgrounds.
- Doesn't talk over me or totally ignore my child.
- Maybe, for a bonus, doesn't tell me I have to stop homeschooling immediately.
****Truth: This has almost never happened. Not never, never. But almost never.
Posted by ~Ashley~ at August 22, 2018
Email ThisBlogThis!Share to TwitterShare to FacebookShare to Pinterest