How to Parent Out the Attitude. A Failure's Story.

So today was Day 2 of VBS week at church, and at our church apparently Day 2 is the day where all children turn into uninhibited psychopaths. Including my own. Four tiny uninhibited psychopaths. OOOOH AND LET'S GET TO THIS LATER: The oldest one seems to be having some sort of personal crisis wherein she thinks everything she does is "SO EMBARRASSING", and she's convinced everyone thinks she's an idiot and she doesn't want to grow up anymore because it's terrible. But let's save the pre-teen crises for later. I mean, I wish we could save them for the MUCH later, but alas. This is upon us now. 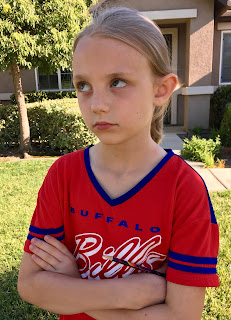 Any whosit, the kids woke up crazy today, and went to VBS crazy, and came home just a little extra crazy. So they got themselves some lunch and a nap and I nice long list of chores to work out those crazies. Because as it turns out, if you're crazy enough to pour jelly onto my kitchen floor, I'm just crazy enough to make you mop that same floor right up.

Well fun story, not all kids LIKE getting told it's time for chores. But to keep it interesting, they all respond a little differently. Like the eldest, the pragmatist, who immediately jumped on the chores she likes best (generally the ones farthest away from angry mama), so as to avoid the things she hates so so much. Or like the youngest, who immediately ran to his bedroom, slammed the door, and screamed out to the heavens for relief from the horrid fate which had befallen him. A fate, mind you, which involved

TAKING OUT THE TRASH!

and
PICKING UP HIS TOYS! 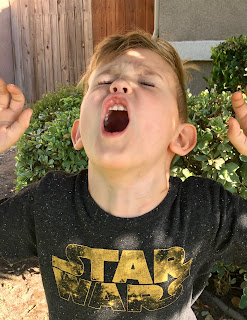 But then I have this other kid, a kid who shall remain nameless. I have this brunette kid who, probably, actually hates chores more than any human person has hated any single thing in the whole history of the universe. This nameless child whose name does in fact SOUND like Kaden, but whose name is in fact NOT Kaden and also it is spelled with a C. Anyway, this child has his or her, but probably her, own way of handling Chores. And that way involves, essentially, torturing mommy for asking her to do them.

Now torturing your parent for asking you to clean your room is not a new maneuver by any means. Many kids like the tantruming and the throwing of things and the screaming and the refusing. But please. That stuff is amateur hour. My kid is a table-turner. She has found out how to switch things back on me by playing Mental Possum. Basically, she pretends like yes she IS cleaning up the things, but has  undergone some kind of lobotomy, which has removed the part of her brain which knows where anything goes, or what anything is, or how anything works. It is so stupidly, frustratingly brilliant. Because what can I say? She's making a show of trying. And she's not screaming anymore. She just... doesn't remember how to use the trash can. Or what to do with her sock lying on the floor. Or how to return a book to the shelf. Not her fault, obviously. 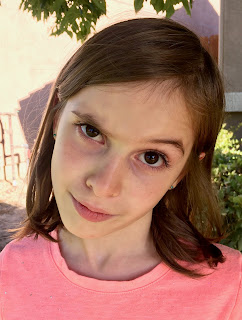 I've developed a response to this, mostly, because I had to. More on that below. Today, child brings me a hanger and says "Mooooooooommyyyyyyyy, I don't know where this goooooooooeeees." And I tell her that she needs to start by being smarter than the hanger. That's what I say. Be smarter than the Hanger and you can figure this out. Well, I say this to her... a lot, to be fair, so she turned and stomped away in a huff. Directly into a wall. So... whoops. Guess we're not smarter than the hanger today. 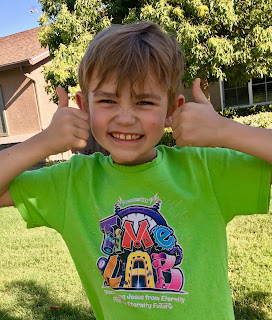 FOOTNOTE ESSAY: Ye olde response to "where does this go"
It should be noted that Husband and I had a pre-kids response to this that may or may not get me reported to CPS so I'm trying to grow and change. Because when either of us asked where something, the other would quickly reply that the item should go in your butt. Because of all the class, I suppose. "Hey babe, where should I put this?" "Up your butt." I mean if anything, it effectively got us to stop asking each other where things should go.
But then we had kids. And just because you are now a mature, responsible, grown up parenty person, doesn't necessarily mean that those old knee-jerk reactions go away. And suddenly we're surrounded by 57 small humans asking us where everything goes all of the time. I mean, let's face it. Failure was inevitable.
And one day not that long ago, I was in such a failure-ish place. I was tired, and the tiny human troops were attacking from all sides. And then it came. The always whiney, always grating question. "Moooooommyyyyy. Where should I puuuuut thiiiiiiis?" And I jumped right in. "Up your... nose." Whew. Quick save.
Eldest child coughs out a laugh. "Usually you say up your butt."
So.... oops.
Posted by ~Ashley~ at June 25, 2019
Email ThisBlogThis!Share to TwitterShare to FacebookShare to Pinterest