Tonight, I held my eldest son in my lap, my 7-year-old big boy, as I let him know that his beloved pet tarantula had passed away. My boy burrowed against me, burying his face into me as I squeezed him tight and he cried. And I held him. And he cried. 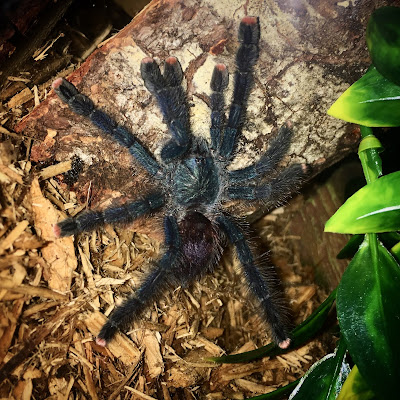 Man. Man oh man. This was rough. For the first time in my life, I 100% understood why people lie to their kids about dying pets. Looking at that curled up spider was heartbreaking. But thinking that we had to tell our little boy about it, well, it was completely devastating. 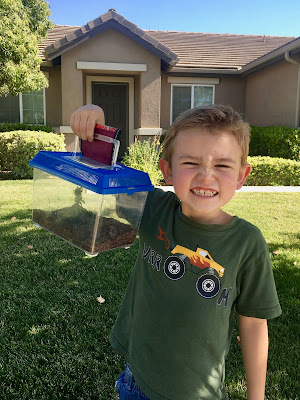 I mean, we'd suspected something was coming. We weren't sure (we hoped she was just building toward a molt), but the spider's behavior had changed. Did you know a spider's behavior could change? She was definitely different, sluggish and skittish. So we had started talking to our son about it. Esther is acting different, Buddy. She might not be okay right now.

My little boy hasn't felt death before tonight. And as it turns out, his exposure to video games hasn't desensitized him to it. This was his first taste of real, permanent loss. And he felt the loss of that little furry spider about as acutely as any loss I've ever had.

I hated it. I hated holding him while his little body shook with tears as his mind wrapped around the fact that his first pet was no longer there to watch and love and enjoy. And yet, there was still grace there. He squeezed in tight and let me hold him so, so long. And his little brother came over to hug him too, once he saw that his brother was hurting. And later, when he wanted to go off and be by himself, his eldest sister went with him. Just to sit there, to be there in case he needed someone. And it wasn't long till he came back out, joined our family in our night-before-school rituals, and smiled again. And felt happy again. And continued feeling sad, but felt other things too.

Man. Sometimes I really worry about these kids. But other times, other times I know they're going to be just fine. 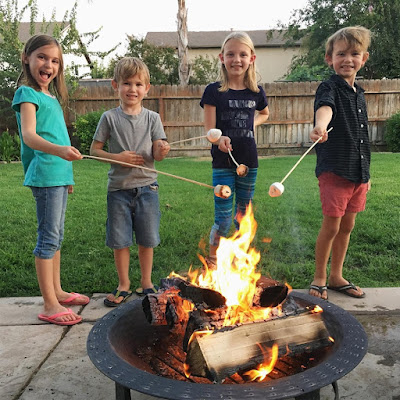 So with that, goodbye Esther. Thanks for helping us all to learn and love and grow.

Posted by ~Ashley~ at August 25, 2019
Email ThisBlogThis!Share to TwitterShare to FacebookShare to Pinterest